Allen Sutliff came to Johnson County in 1838 and established a ferry on the Cedar River where the bridge and the settlement that bears his name now stand. Mr. Sutliff later sold the ferry service to Jim McLellan. Jim's nickname of "Butts" helped to name the area "Buttsville," also known as McLellan's Landing. When a sand bar formed in the river in the early 1890's, it left part of the ferry on dry land. Without the ferry, residents on the east side of the river were forced to go many miles to find a crossing if they wished to reach the county seat. In December 1896, the Johnson County Board of Supervisors voted to erect an iron bridge at the crossing of McLellan's Landing.

The contract to build the bridge was awarded to J.R. Sheely and Company, of Des Moines, IA, for the low bid of $12,000. The bridge was completed in April 1898.  It was the longest of 11 known Parker truss bridges in the United States with each of the three spans measuring 220' long.

More than a 1000 people responded to a local newspaper's request for "all hands to turn out and have a good time," and gathered at the new bridge on the beautiful morning of June 3, 1898 for its dedication, opening day ceremonies, and a celebratory picnic. 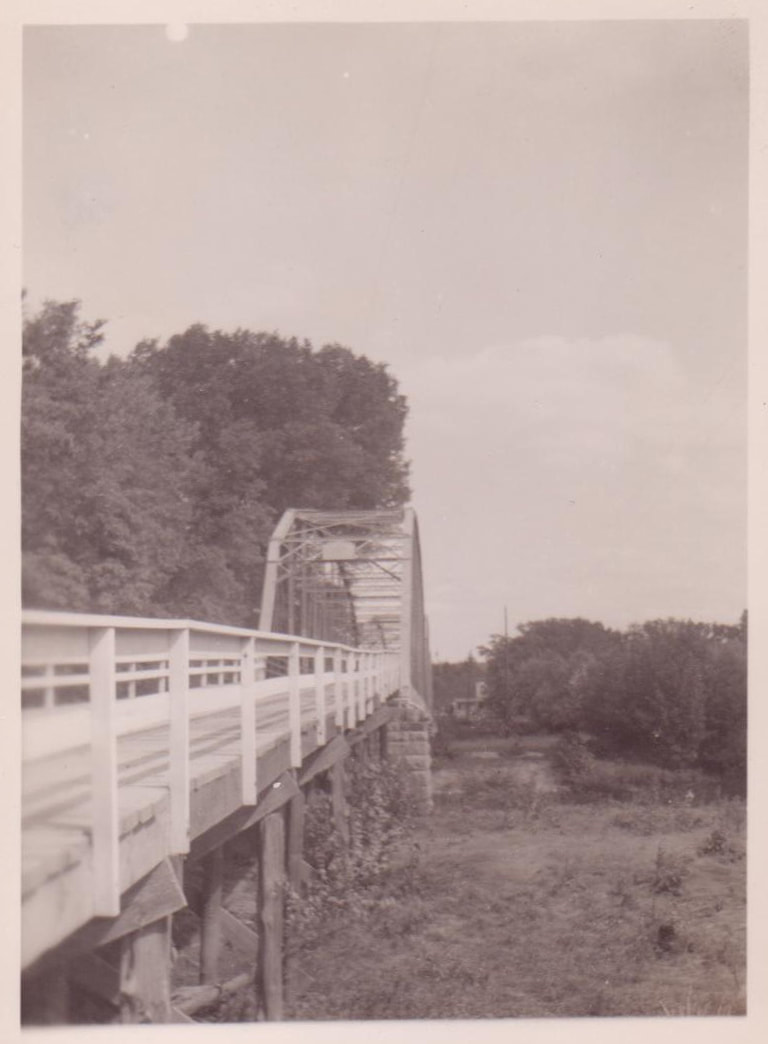